They sit folded but unused,

Purchased for the right occasion

But now forbidden by my wife.

Still many years later they stay

Because, she says, ‘old men

From its perch high above

It watched the goings-on below

The 95 nails being struck by a hammer.

It played a lesser part,

The run to the campground pit,

The chatter of friends beside the waves.

While behind the scenes

It moved the world in subtle ways,

The boats that gently rocked,

The changing moods at home.

But when given consideration

It welcomes the attention,

The giant leap of mankind,

The terror of ancient tribes,

The home of the man in the moon.

Sitting in the corner

Between the outer layer of skin

And the inner soul of a man

Whose heart cried out

In screams heard by angels alone.

His family rolled on holding hands

While hollow meals and chores

With painful back, knees, head, and hands,

And heart-hurting silences from his loves,

His mind moves from corner to corner

With salty soul watering tears inside

A poem every day.

Until you hit the hay

To decide what to parlay.

If you do wait to convey

The forced rhymes you slay.

Someone told the weatherman

To call his coverage area

So, he called us “the heartland”.

With agriculture in the area

It certainly was on land,

And everyone in the community

Has a heart in their possession.

The weatherman was new to newscasting

With the on-air presence of a geek

So, he called the place “heartland”

Thirteen times in the weather segment

So we knew he connected with viewers.

Appreciate his interest in making us feel like friends,

Losing your mem'ries
Is not like an avalanche.
It's a glacial drip.

At the appointed start time all had arrived.

The professor watched a chessboard of faces.

Each square showing a living smile and bright eyes.

The screen sharing showed only what was intended.

There were no barking dogs or screaming children.

Isn’t it pretty to think so?

The wind’s been moving the dust around the grave

For 113 years but the brush covered hill

Blown by the same wind to mountain drifts

Is never cleared from above her head.

The wild grasses that grip each drop of moisture

Struggle to break through the hard pan soil,

Crushed by the occasional grazing cattle.

But never did rise again after giving birth

So the baby was given her mother’s name, Nellie.

Her heartbroken father took her and her brother home

To his mother’s ranch in the Idaho wilderness

But he was taken by TB before she made a year.

In 300 days grandma Mary lost a son and a daughter-in-law.

After raising her own 15 children she became

A mother anew to infant Nellie and Ophel Jones.

The emotional agony must have been supreme

As the 3-year widow struggled to survive herself

But a greater test awaited her as the dry summer winds blew.

Never to see even one full year of life.

She took Nellie’s body to this hillside and dug a dusty hole herself,

With weighty tears striking the dirt like exploding raindrops

Mary buried the baby in the dark shadow of the home.

In the high mountain valley of Dry Buck Canyon

Nellie’s body rests alone in the dust and grass today.

No stone or cross marks the place.

Planted in a plastic pot
Lightly leans its leaves to light –
Salad snack to be.

John homesteaded beside the warm spring

at the end of Grouse Creek.

Oliver played within the warm spring

in his own back yard.

Eugene made camp beside the warm spring

on the way to Featherville.

Bathed in by his father, and grandfather,

The first time I kissed a girl

She said I did it wrong.

(She told me eyes must be closed.)

The first time I kissed a guy

It didn’t take so long.

(I was really unprepared.)

The first time I wore a dress

A wig obscured my head,

The first time I saw a woman’s breast

A baby was being fed.

(I didn’t quite know where to look.)

The first time I proposed

She told me “absolutely no.”

(The second time she said “no” again.)

The first time I saw her glow

She told me she loved me so,

(And then I drove her home).

The first time I was engaged

She eloped and didn’t tell her folks.

(She didn’t tell me either.)

I’ve died a thousand little deaths since then,

As age begins to take its toll.

But now I know to close my eyes,

To wear low heels and only glance, and

To not give up when first answered “no”. 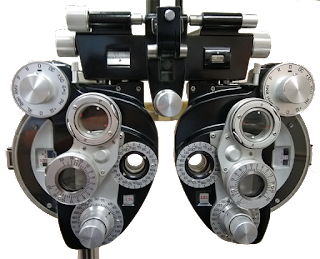 In the space between

As the blurry world comes into view,

The ink and pixels, paint and light

Give clarity to the road ahead.

Tomorrow, God, could your hand touch

Those wrongly in incarceration,

Those suffering in isolation,

Those in eager anticipation,

Those overwhelmed by obligation,

Tomorrow, God, could your hand comfort

Angry men who trust in guns,

Mothers who cry for sons,

Those whose final breath departs their lungs,

And those who have lost loved ones?

Tomorrow, God, as we remember your Son arose,

Remember those confined to chairs and beds,

Remember those with chronic disease and addictions,

Remember those desperately looking for a meal,

And then, after all that and more, if you have time, remember me.

The Guard’s education was free,

For a few years’ service earned.

Parental support was not likely,

Yet in public affairs I would be,

And the adventures of a bear named Objee.

Several enlistment forms would I see

With paragraphs on each leaf.

I read each obligation closely.

To choose the waves of the sea.

Yet the recruiter failed to show

At the appointed date and time

And a different wave claimed me.

21 Feet
From the golden delicious home
To the rocky wall and lilac bush
A backyard field of dreams.
From a dusty patch in Kentucky blue
To the meadow fescue edge
An open green for childhood dreams,
To below the crested hillside
Above the mint and carrot patch
Where bunnies, birds, and butterflies dream.
Just 21 feet from the apples to the lilac wall.
Just 17 feet from the lilacs to the dusty patch.
Just 22 feet from the patch to the minty hill.
Yet behind the young boy’s eyes
Each appeared to be 90 feet,
Beneath the roaring crowds it seemed.

Sometimes, when it's late at night

And I'm alone with Sportscenter

Turned down low, filling the void,

As I read dozens of search results

Trying to uncover a cousin

Whose name seems forgotten by time,

I feel the presence of relatives

Whispering in my ear, "Read that one."

And when a marriage is revealed,

When the step of a sibling is understood,

When an infant death is discovered,

A child that nobody knew about,

A child whose mother's tears

Fell so far away and are long dried into dust,

I think I hear a great cheer, a shout of joy,

Whispered in my ear, "thank you for remembering."