In re: the LDS policy statement on LGBTQ families

Friends and family. As you are already aware, I am troubled by the recent LDS policy statement, particularly as pertaining to LGTBQ individuals and their children. There are some things I know that I want to share.

I know the LDS Church leadership has a long history of saying stupid things. It wasn’t that long ago that they taught: Blacks were not valiant in the premortal life, which (they said) justified systematic racial discrimination; homosexuality was caused by masturbation; a women would be better off dead than a victim of rape; the John Birch society, with all its hateful rhetoric even reached the office of the president of the church. (I remember very clearly thinking that if Ezra Taft Benson became president, that I would leave the church.) Stupid people are found all the way through the church, including area presidents, mission presidents, stake presidents, bishops, Sunday School teachers, home teachers, and even the lowly membership clerks. 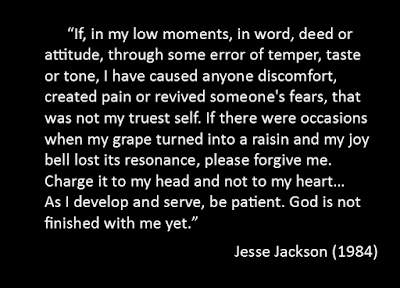 I also know the ability to say and do stupid things is not limited to the LDS Church or to its leaders – it’s at this point that I’m holding a mirror up on myself. (I’ve always loved the statement by The Rev. Jesse Jackson about “God isn’t finished with me yet.”)


I know that cultural change is almost always unbearably slow (the women’s movements and the civil rights movements are examples – and both of them have not yet reached their full fruition).

I know that God is above all this, and that He/She is unlimited in His/Her love for all creation, often in spite of how humanity thinks, speaks, and acts. I envision Him/Her facepalming at this latest business.
I know that God lives.

I know that policy statements are human creations and are not the Gospel of Jesus Christ. I know that there are many gnats that irritate the hell out of me in the policies (like women needing approval for a second sealing; like the whole modesty debacle; like… well you know what I mean).

I know it’s not the best situation (and there is no “best situation” out there anywhere) but I know that as long as I don’t let the church leadership dictate my relationship to diety, I receive spiritual gifts by being in the Church that are not available anywhere else.


I know the Gospel is eternal and true (having veracity), and I know that when the church follows the Gospel, the Church is also true (having directional accuracy). I hope and pray that I have taught this important distinction to my children, and hope to teach it to my grandchildren also.